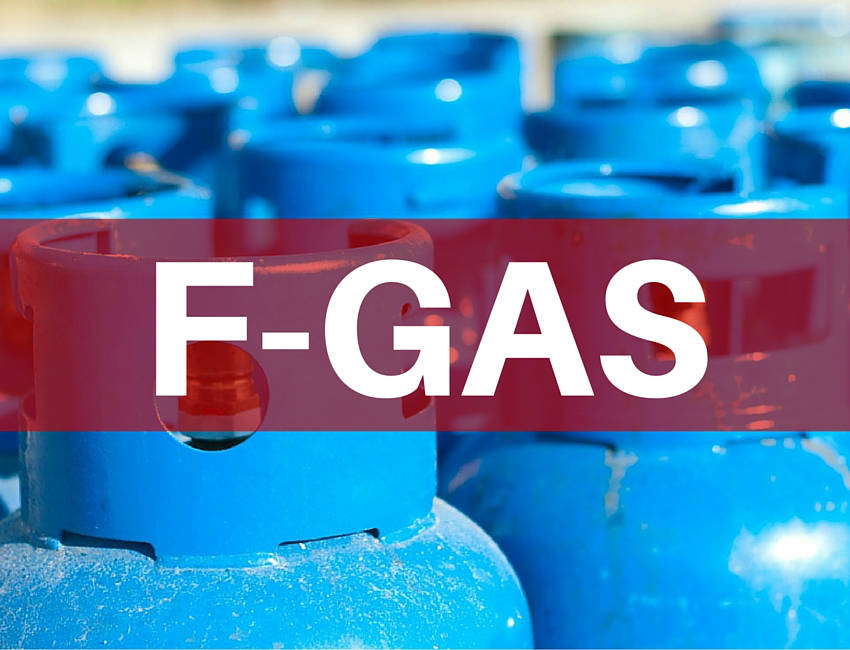 In 2014, new EU FGas regulations were introduced with a plan to cut the availability of HFCs. Here are 10 FAQs to help understand this topic.

GWP stands for ‘Global Warming Potential’ and the GWP number given to a refrigerant is a scale of its global warming potential when measured against CO2 emissions.  For example; every 1kg of R407F (which has a GWP of 1825) escaping from a system is equivalent to 1825kg (or 1.825 tonnes) of CO2 being released into the atmosphere. This comparison is referred to as CO2 equivalent or CO2e

R404A has a GWP of 3922, so when you consider that just 1kg escaping is equivalent to nearly 4 tonnes of CO2 emissions, it is easy to see why R404A and other Very High GWP refrigerants, are subject to additional restrictions over and above the phase down.

The FGas legislation states that from the 1st of January 2020, there will be a ban on servicing any system containing a refrigerant with a GWP of 2500 or higher and contains a charge of 40 tonnes CO2e.

The maths are fairly simple: –

The simple answer is yes. The European F-Gas regulation (517/2014) has already been written into UK law.  In addition to this, in November 2017, the UK government reaffirmed their commitment to HFC phase down by being one of the first countries to fully ratify the Kigali amendment. The Kigali amendment is an amendment to the Montreal Protocol which could enforce an even harder phase down than the current FGas legislation.

The first reduction in quotas under the FGas legislation was in January 2015 and was only a 7% reduction.  This was a fairly modest reduction and went through relatively unnoticed.

On the 1st of January 2018 (this year), we saw the first major cut which was a further 30% reduction. Because the reductions are based on CO2e (CO2 equivalent), it does not make economic sense for the producers and importers to sell high GWP gasses unless they are at a very high price.  The knock on effect is that there has been a big increase in demand for the moderate GWP gasses. And, as demand increases and availability decreases market forces have pushed up the price of all HFC gasses.

Prices of natural refrigerants still seem to be unaffected by the rise in cost of HFCs.

Yes. We are currently at 37% and every three years there will be a further reduction in the quota until we have reached a total reduction of 79% by 2030.

No, absolutely not.  Systems using natural refrigerants need to be specifically designed to conform with the safety requirements, and accommodate the operating conditions of the refrigerant.  For example, with hydrocarbon systems, the electrical components need to be intrinsically safe and care must be taken that any enclosed areas will not reach their lower flammability limit.

If the system is operating on a refrigerant with a GWP higher than 2500 it would be very wise to consider a retrofit to a moderate GWP refrigerant.  A retrofit is not necessary for high GWP refrigerants between 1400 and 2500 GWP, but you do need to be aware that refrigerant costs will only increase further and availability will only further decrease.

This is very much like asking “How long is a piece of string”?  Everyone’s business needs and plant requirements differ, and so it is impossible to answer this question with talking to you about your business needs and looking at the application of the system.

Natural refrigerant systems are more expensive due to the special componentry required.  However, natural refrigerants, whether ammonia, CO2 or one of the hydrocarbons, are a way of future proofing your refrigeration plant.

From the 1st of January 2022, (less than 4 years away) the use of HFCs with a GWP of more than 150 will be banned in all new commercial installations rated more than 40kW refrigeration duty.

There are also some fairly stringent rules around record keeping and leak checking frequencies. Please feel welcome to ask if you would like more details.

There is no doubt that our planet is warming up. Polar ice caps are melting and we are seeing some of the most extreme weather, not only in this country, but around the planet.  Every country in the world (including China and Russia) have signed the Paris agreement to reduce carbon emissions, and so far, only one country has backed out.  Carbon Dioxide has a GWP of 1 whereas HFCs have GWPs in the thousands and so the legislation has been specifically designed to target the gasses with the highest GWP.

A recent supply and installation project for a customer, whose previous coldroom was in a dilapidated state. We installed a dual compartment freezer and chiller, with a refrigeration system in each compartment, internal evaporators, LED lighting and @Danfoss condensing units. pic.twitter.com/5XOrE7gIyq

We recently completed a supply and install of air conditioning throughout a local food manufacturers office space… To discuss your air conditioning requirements, get in touch on 029 2086 1627 or email sales@cbrefrigerationltd.co.uk #refrigeration #installation #supply pic.twitter.com/ofUIF3PjOk